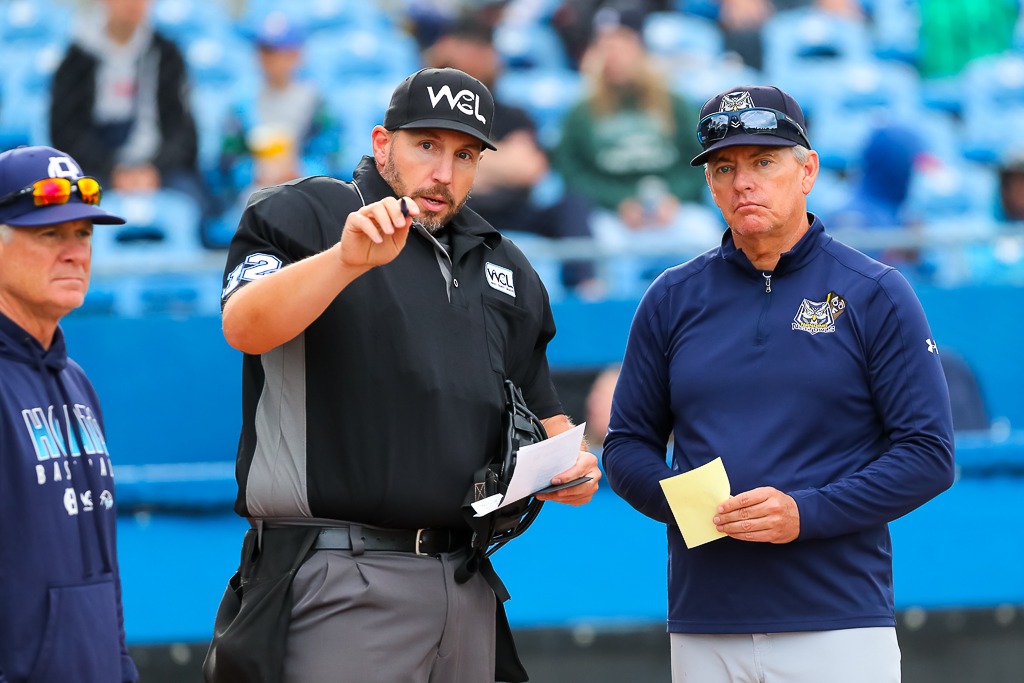 Have we told you lately how proud we are to have Greg Frady as our Head Coach?

That went up another notch as we are proud to announce that Coach Frady will be one of the Opening Night speakers — batting leadoff, he is — for the ABCA (American Baseball Coaches Association) annual conference.

The convention, the largest gathering of baseball coaches in the world every year, is taking place at the Gaylord Opryland Hotel in Nashville, Tennessee.

“Greg is a dynamic coach and person, and a tremendous speaker and motivator of people, ethical to the core,” said Jim Swanson, GM of the Nanaimo NightOwls. “It’s an honour for him to be asked to speak at ABCA again, and on the first night as well. We are overjoyed that Coach Frady is the leader of our on-field program, with quality assistants in Gorm Heimueller and Sean FitzGerald.”

Frady’s talk will be topical for NightOwls and WCL fans as well, as he speaks about the importance of summer collegiate baseball, and in particular the West Coast League and its important place in the development chain that leads to MLB players such as Nick Pivetta, Andrew Vaughn and Alex DeGoti, who have played summer collegiate ball on Vancouver Island.

In 2020, the former Georgia State and German National Team coach, among other accomplishments, was awarded the prestigious Dave Keilitz Ethics in Coaching Award by the ABCA, which recognizes career embodiment of the ABCA Code of Ethics. From the ABCA website — the American Baseball Coaches Association believes that the highest calling of a baseball coach is to teach life’s lessons and model the character traits of honesty, integrity, respect and personal responsibility.

The NightOwls are excited to be back on the field at Serauxmen Stadium in Nanaimo in June — full team information at www.nanaimonightowls.com, including tickets, team merchandise, and how to get involved as a NightOwls host family.