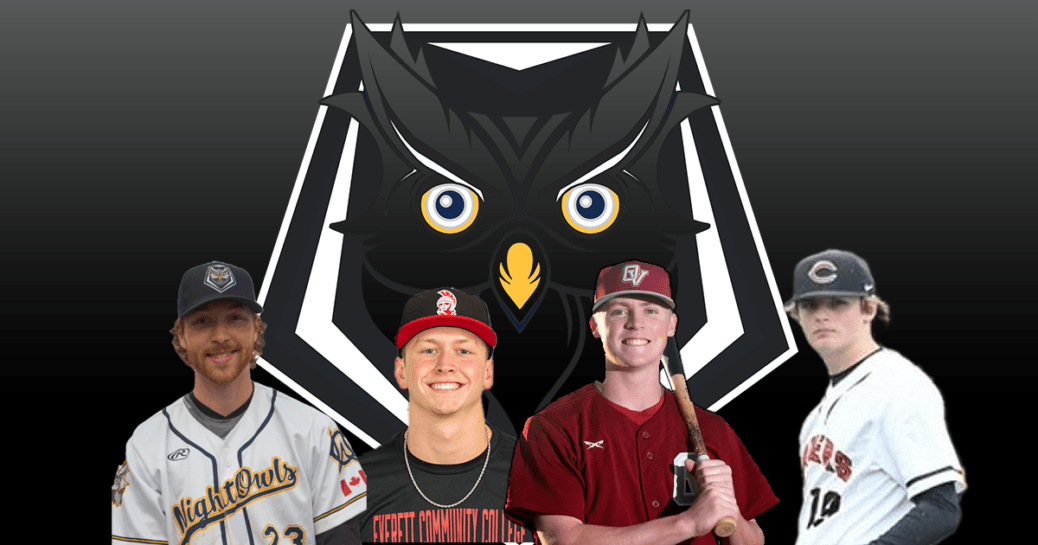 For Brandon Hupe, it felt like unfinished business — and he has a chance to fix that.

The outfielder from Vancouver and the UBC Thunderbirds saw his 2022 summer season cut short following a collision during a game in Port Angeles. But the 6-2/200 pounder, a junior at UBC, will get one last shot to star for Head Coach Greg Frady as the Nanaimo NightOwls are excited to announce his return to the WCL.

The NightOwls are announcing the additions of four players today, the others being infielder Jimmy Legg of Pomona Pitzer, and pitchers Tyson Willis and Ethan Hubbell from Everett CC (NWAC) for Pitching Coach Gorm Heimueller to work with.

Hupe (pronounced who-PAY) was a veteran influence on a young NightOwls team, hitting .283 with two home runs and nine runs driven in over 17 games — coming off a UBC season that yielded 12 home runs and 48 RBIs in 49 games at the NAIA level.

“We missed Brandon when he got hurt, there was a change in our team,” said Frady. “Brandon was one of our key leaders, he knew the caliber and nuances of the league (previously played in the WCL with Kelowna), and he helped us as coaches, along with leading our younger players.”

In Legg, the NightOwls are getting a 5-11/185 scrappy, switch-hitting shortstop who can also move to second or third — known as a guy who always seems to be on base, comes through in the clutch and runs well. At Pomona Pitzer, he is a glue guy because of how much he loves to play the game.

The two Everett CC arms include Willis, a Snohomish, WA product who pitched in the WCL for Springfield in 2022. The right-hander is touching 90 with a true hard curveball and developing changeup from a 6-4/220 frame. Hubbell, from Camas, WA, is even bigger at 6-5, another righty with upper-80s velocity and command of four pitches and a workhorse mentality.