Kim walks it off, Nanaimo wins series over Ridgefield 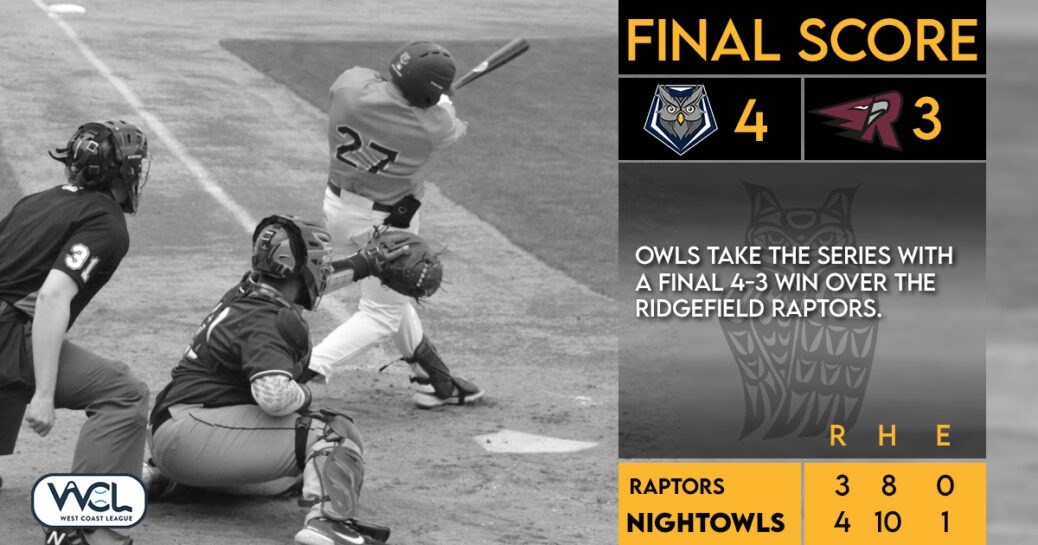 A two-run home run by Brandon Hupe and a walk-off single to deep left by Isaac Kim gave the Nanaimo NightOwls a 4-3 win over the visiting Ridgefield Raptors on Sunday at Serauxmen Stadium and a 2-1 series victory.

Josh Laukkanen earned the win in relief, making his first NightOwls appearance, striking out five in three innings of work. Hupe and Landon Frei had two hits apiece as Nanaimo banged out 10 hits.

The NightOwls won a thriller 3-1 on Friday, then dropped a 17-6 scorefest on Saturday.

The NightOwls will host the Kelowna Falcons on Monday, Tuesday and Wednesday evenings, all 6:35pm starts at Serauxmen Stadium. Ticket information through the official team website at nanaimonightowls.com

The NightOwls are also home to the Redmond Dudes on Father’s Day Weekend, a non-league series, with the Friday and Saturday games at 6:35pm and the Sunday game at 1pm.