Nanaimo NightOwls To Take Flight In 2021 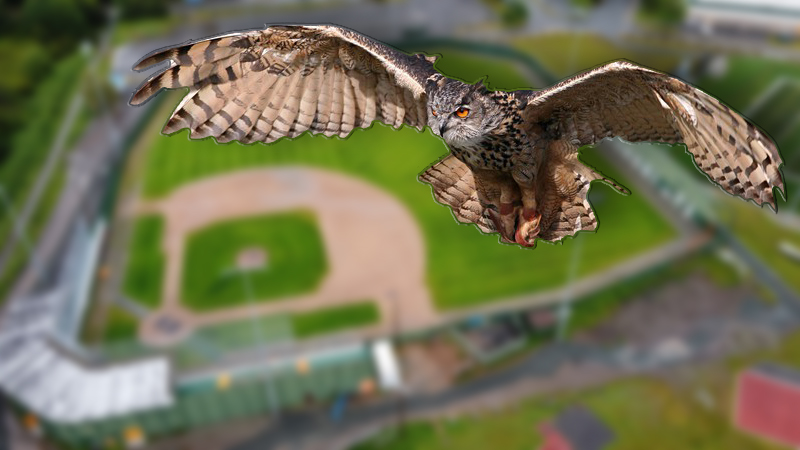 The lights, the history, the proud First Nations lore. And the world-famous dessert that helped make the City of Nanaimo a household name, all combined.

The ownership group of the expansion team for the 2021 season, set to call historic Serauxmen Stadium home in the West Coast League, along with the team’s Founding Sponsor, Island Savings, is proud to announce the name of the top Island sports team north of the capital.

The Nanaimo NightOwls are born – steeped in community pride, harkening back to the Nanaimo Owls team that was successful a century ago, featuring a grey owl in the logo with piercing, determined eyes. ‘Night’ has been added to recognize the City of Nanaimo’s work in making this all happen.

“First of all, the name Nanaimo NightOwls is a tribute to the City of Nanaimo, for the now-completed field lighting project that will allow for night games at Serauxmen Stadium, not just for the WCL but for all local user groups,” said Jim Swanson, who will be the first General Manager of the NightOwls.

“Without lights, there is no team, and the city’s contribution is forever a foundation to the WCL coming to Nanaimo. The grey owl depicted, in Snuneynuxw First Nations lore, is a messenger with a nasty streak.”

The team colours will be navy, gold and white, with an all-white home set with ‘NightOwls’ scripted across the chest, and a road uniform with grey pants and navy-primary tops and ‘Nanaimo’ in block letters.

The logos were commissioned and designed by Reuben Butterfield of mBrand Creative Agency (mbrand.ca).

The Nanaimo NightOwls will be a rival to the Victoria HarbourCats, Kelowna Falcons, Bellingham Bells, Port Angeles Lefties and the rest of the West Coast League, now 13 teams strong — and counting.

It’s the excitement of summer baseball and community involvement arriving in Nanaimo that brought Island Savings on as the team’s Founding Partner.

“We are thrilled to come on as the Founding Partner for the NightOwls to bring high-quality, collegiate-level baseball to Nanaimo,” said Kendall Gross, President at Island Savings. “Island Savings has a rich history with our local West Coast League baseball club in Victoria and we’ve seen, first-hand, the economic impact this team has in the community – a tradition we look forward to continuing in Nanaimo.”

The Nanaimo team naming will have a delicious twist – one that is the norm for minor league baseball teams, involving a theme name and secondary branding. Input from the community gave strong desires to see the team named the Nanaimo Bars, after the world-famous dessert squares invented in Nanaimo in 1952. So, for all games played in the afternoon, home or road, the team will wear special Nanaimo Bars jerseys and caps, with a yellow base and a cartoon-ish Nanaimo Bar that will be a novelty logo, and likely a big hit with kids of all ages.

“We intend to tell every city in the WCL that Nanaimo has a lot going for it, not the least of which is Nanaimo bars,” said Swanson. “We want to see Nanaimo bars in every WCL concession stand, and Save-On Foods will be providing those to take on road trips, our calling card. We want to see both the NightOwls and Bars logos all over Vancouver Island. Our group plans to have a lot of fun in the community, and as we travel around representing Nanaimo in the WCL.

“We had so many great suggestions, from historic baseball names of Coal Miners or Miners, to Pirates, Islanders and Bastions. Great suggestions included Humpbacks, Prospectors, Riptides, Whalers, Geoducks, Captains, Dockers, Surf, SeaDogs, Tommyknockers, Jinglepots, Loggers, Black Ravens, and all sorts of bathtub-race alterations – Tubbies, TubMen, Tubbers. Out of it all, emerged the NightOwls – proud to belong to Nanaimo.”

The team is also excited to unveil the team mascot – “Ney-te” (pronounced, Nate) is named after long-time Nanaimo mayor Frank Ney, one of the true colourful characters in the city’s history. He’s remembered as the ‘Pirate Mayor’ for dressing up like a pirate for various events, and he served 21 years in that mayoral role, with a statue of him at the waterfront. He was a champion of mobility rights, adopted children from various ethnic origins, and was very active in the area’s sports scene. Not only that, Frank Ney was a RCAF pilot in World War II. He passed away in 1992.

Merchandise – for both the NightOwls and Bars — will now available on the team’s website, nanaimonightowls.com – and season tickets are also being sold, with a cap of 550 available in the classic grandstand of Serauxmen Stadium. Season ticket interest, even in an unprecedented time, has been very high.