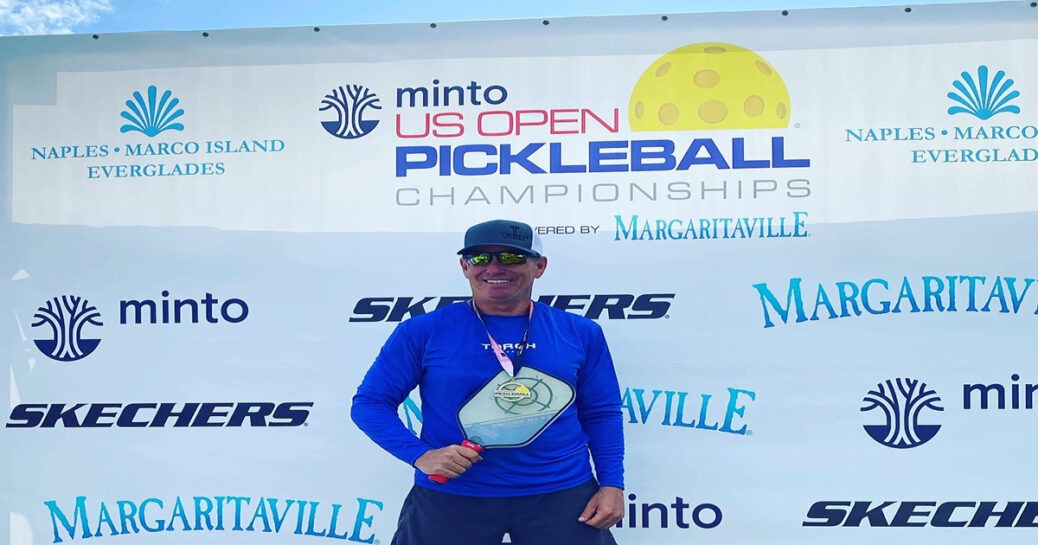 .
.
Greg Frady is US Open champion in Pickleball, sweeping through his age-class division undefeated Sunday in Naples, Florida.
.
.
Frady, who turns 60 later this year, was the No2 seed going in, and won three matches without dropping a game. The resident of Port Charlotte took up Pickleball after leaving his long tenure as Head Baseball Coach at Georgia State, and he is now a Pickleball coach and a sponsored player on the US circuit, backed by K-Swiss, Torch Eyewear and Engage Paddle Co.
.
.
“We are proud of what Greg has accomplished, he is one of the most determined, focused, energetic and competitive people you will ever meet, and it’s no surprise he is the US Open champion,” said NightOwls GM Jim Swanson. “I cannot wait for the people of Nanaimo to meet him and his wife Rhonda, and get to know them.”
.
.
Frady knows winning, as a college baseball player he was on a Div2 national championship team.
.
.
Frady then had a couple days off before teaming with Dan Gillen in the doubles category, where a close early loss put them behind the eight ball early and led to a 1-2 record and falling just short of the medals.
.
.
Frady has signed a five year contract to lead the NightOwls, a first year team in the West Coast League. The former German National Team baseball coach will arrive a week into the WCL season due to the exciting occasion of daughter Bailey getting married June 3 in Bulgaria.
Share this
0 likes
Related Articles
0 Comments