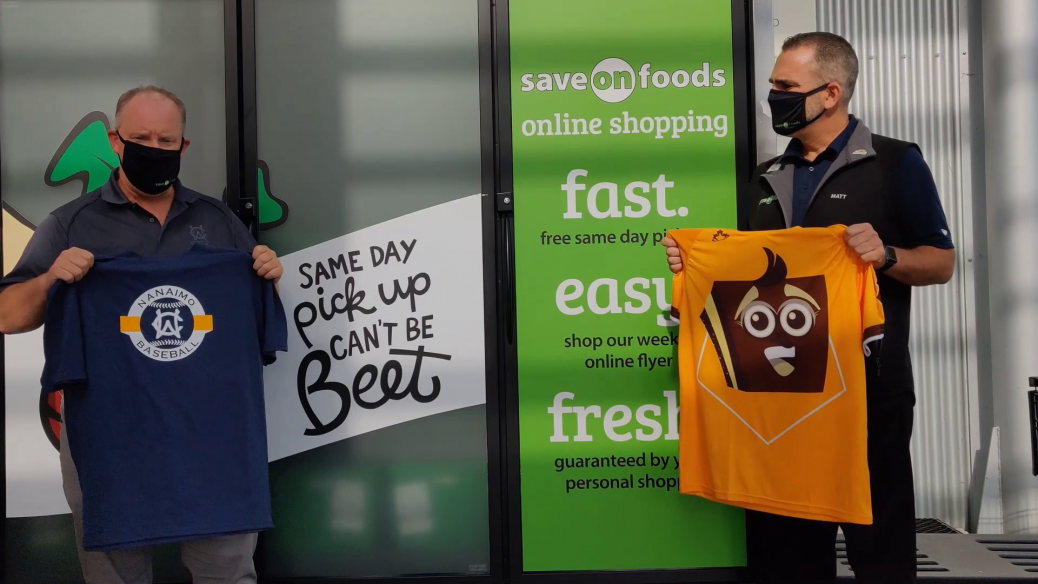 NANAIMO, B.C. – There are saves in baseball, and Save-On-Foods in grocery. Both are the best end result.

The Nanaimo NightOwls, the expansion team in the West Coast League set for a 2021 debut at Serauxmen Stadium in the Harbour City, are beyond excited to announce a five-year PLATINUM PARTNERSHIP with Save-On-Foods, which has five prime locations in the Nanaimo region, reaching from Ladysmith to Parksville.

The Save-On-Foods brand will have the most prominent signage in the historic stadium – on the right field ‘monster’ fence, challenging hitters to drive a ball over that signature feature, and the large Save-On-Foods banner. Fans may notice that signage first and foremost as they enter the stadium in the summer of 2021.

“The managers of Save-On-Foods have been the most excited of anyone I met with, dating back to when we were just getting this started,” said Jim Swanson, Managing Partner/GM of the Nanaimo NightOwls. “Their community-first approach meshes perfectly with what this team will do in Nanaimo and area, it’s impressive to talk with them and realize just how much they give back through their Save On Foods brand.”

Save-On-Foods provided the snacks when 240 people gathered back on March 5, 2020, to announce the team was coming. It was a day of excitement for the level of baseball the franchise will bring to Nanaimo.

Among the things people will notice right away, Save-On-Foods locations will sell shirts, hats, hoodies and other items of the Nanaimo NightOwls – and the team’s alter-ego, the novelty name of Nanaimo Bars. Then, as the season comes closer, Save-On-Foods will be the exclusive place to find special pricing of $10 per ticket for general admission vouchers, with a portion of that going to a charity that will be announced at a later date.

Other planned involvements with Save-On-Foods and the NightOwls, benefiting the community, will be unveiled as June, 2021 comes ever closer.

“From Ladysmith to Parksville, we couldn’t be more excited to partner with the NightOwls as they bring WCL baseball to the Nanaimo area,” said Matt Hexter, Store Manager at the Woodgrove Centre Save-On-Foods.

“The team shares our passion for supporting our local community and causes that are important to us, so this new partnership is a natural fit. How exciting for local families and young sports teams to have this level of baseball right here in Nanaimo. We look forward to great nights under the lights at Serauxmen Stadium watching our NightOwls take flight!”

Save-On-Foods will also be the key part of something unique the Nanaimo team will be doing as it makes its way around the West Coast League. The NightOwls (and Bars!) will take world-famous Nanaimo bars with them, on the road, to allow the other teams to offer them to fans through their concession stands – WCL fans will know when Nanaimo is in town.

“This is something we want to do, it’s certainly something Nanaimo is known for, and one thing this team can do is help people find out more about the great city of Nanaimo,” said Swanson. “There’s a lot of fun we can have with the ‘Bars’ theme, at the park and around the league.”