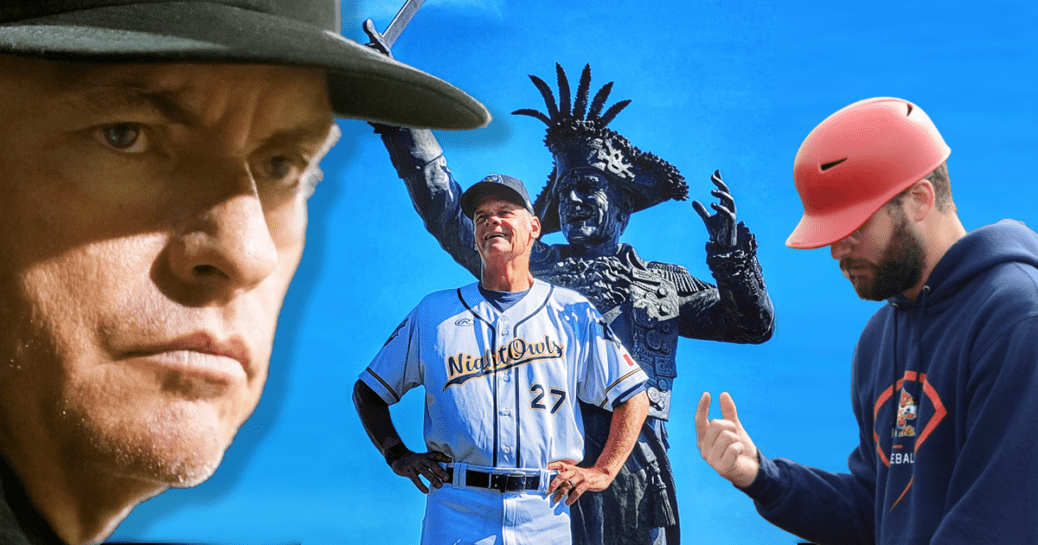 NightOwls round out coaching staff

The Nanaimo NightOwls may be a first-year team, but the West Coast League team’s coaching staff is anything but new to the upper levels of the game.

The ownership group of the NightOwls is excited to announce the full coaching staff for the 2022 season, which starts less than two months from today with a road series at Portland.

Nanaimo will be led by college and international veteran coach Greg Frady, the Head Coach — and supported by Pitching Coach Gorm Heimueller, and newly-announced Assistant Coach Sean FitzGerald, currently on the coaching staff at Skagit Valley College of the NWAC, a junior college loop in Washington, Oregon and B.C.

“I honestly don’t know how we could have assembled a better core group to start this franchise and put the WCL level on display at Serauxmen Stadium,” said NightOwls GM Jim Swanson.

“Coach Frady is respected around the globe for his work as a college coach, most recently at Georgia State, and also putting the German National Program on the map. Coach Heimueller has seen it all in 46 years in pro baseball, and Coach FitzGerald brings the approach of a recent college player. All are excited to be on Vancouver Island and get to know Nanaimo fans.”

Frady, who lives in Port Charlotte, Florida, has more than 650 wins to his credit between NCAA, junior college and international head coach positions, and was a key part of Troy University’s DivisionII national championship as a player in 1986. Frady has agreed to a five-year contract to lead the NightOwls.

Heimueller, who resides in Mesquite, Nevada, was an undrafted lefty from Cal Poly, where one of his teammates was Ozzie Smith. He reached the MLB level with the Oakland A’s and pitched in the big leagues in the 1983 and 1984 seasons, part of a 10 year playing career that led to 36 years as a minor league pitching coach and coordinator with the Twins, Phillies, Dodgers and Padres. Heimueller has signed a two-year contract with the NightOwls.

FitzGerald, 28, was known as a gritty and heady college infielder who has successfully transitioned to key roles for Skagit Valley Head Coach Shane Servoss, including much of the video work that is part of the emerging tech of the game.

“These resumes are impressive — it’s hard to be brief when talking about all Greg and Gorm have accomplished,” said Swanson. “Sean brings an energy that is hard to describe as well — he’s very excited to be part of this historic first staff of the NightOwls. Our players are very fortunate to have these men to lead them this summer, it’s been a pleasure to plan for this season with all the aspects that go into the preparation.”

*NOTE — Coach Frady will be a few days late for the season, as his daughter Bailey is getting married in Europe, an exciting time for Greg and wife Rhonda and family. Coach Heimueller will lead the staff until Frady’s arrival.