Seven New NightOwls Have Been Signed 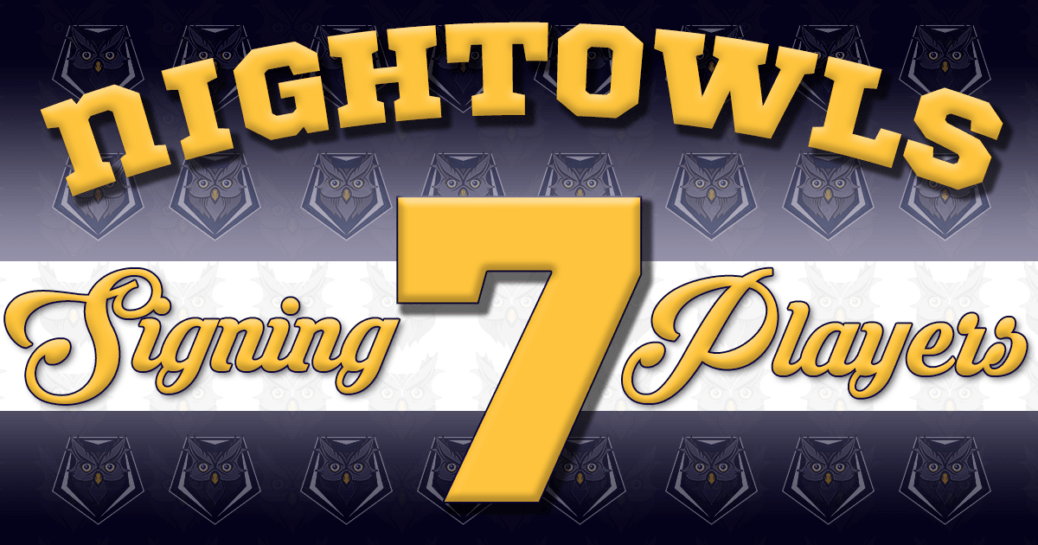 It’s a good thing the new uniform sets have some bigger sizes, with the seven players the Nanaimo NightOwls are pleased to announce today.

With the three pitchers coming from California Baptist University (CBU), and four position players from the University of Hawaii (UH), the expansion NightOwls will have plenty of size on the field when the team starts play in the West Coast League.

The hallmarks of the players signed — power arms, power bats, and athleticism.

LHP Mason McGarvey, CBU, 6-4/235
RHP Carson Olsen, CBU, 6-5/225
RHP Will St. Marseille, CBU, 6-0/205
1B/3B Grant MacArthur, UH, 6-4/240
OF Tobey Jackson, UH, 5-11/165
IF Xander Sielken, UH, 5-10/175
OF Logan Gibson, UH, 5-10/160
“I’m excited to see these guys at historic Serauxmen Stadium — there’s a lot of talent in the smaller guys, and big-body power in the monsters on the hill,” said Jim Swanson, GM of the NightOwls, who will open at home on June 3 after the team debuts on the road at Portland on May 31.
“We really like the network we have with top schools, and those programs are excited to have their players with our coaches, Head Coach Greg Frady and Pitching Coach Gorm Heimueller. It’s a big piece of the puzzle. Scouts we talked to for references had strong words about their college and pro potential.”
CBU is one of the true emerging programs in NCAA-D1 baseball, becoming a perennial power under highly-respected coach Gary Adcock. The UH Bows are now led by former University of San Diego Head Coach Rich Hill, a 1,000-game winner intent on turning Hawaii into a program that rolls toward the College World Series every year.
The schedule for the 2022 Nanaimo NightOwls (and Bars!) season is posted at nanaimonightowls.com — where fans can also find team merchandise, and get information on tickets and season memberships, which are moving fast.
“It’s exciting to see all the work being done at Serauxmen Stadium, getting ready for all the user groups, we think fans are going to enjoy the enhancements and the atmosphere of the West Coast League, and how it all ties into the community,” said Swanson.